You are here: Home / Blog / Ending Racism Begins With Me – 3 Practical Steps
0shares

2020 has been like 4 years in one. Last week alone was really heavy as the United States experienced the senseless murder of George Floyd, a black man, at the hands of a white police officer that placed his knee on his neck for 9 minutes. It was heart-wrenching. It goes without saying that there has been a strong cry for ending racism for some time, but this event was the catalyst that sparked a wave of protests throughout the country…and rightfully so.

Although I am not currently present in the States (at the time of this writing, I am living in Okinawa), as an American, I am very aware of what is happening. To say the least, it’s been tough to witness, yet again, an incident that involved the abuse of power directed toward a black man.

I just don’t feel that there are enough moments of silence that would be sufficient enough to hold space for those who have been impacted by the systematic racism and abuse of power that is prevalent in the US. Although it seems like it should be as easy as simply erase the idea that we are different, it’s not that easy. The idea/vision that we should all be holding hands and singing songs around a big bonfire is sweet, but let’s not forget the structures that have been put in place to hold minorities down.

It’s not something that can simply be erased.

The subject of ending racism has been something that I have been wrestling with my entire life. As a white girl experiencing the world through my white girl glasses on, I’ll admit that I have done and said my fair share of straight-up ignorant things.

Over the past few years, I have done a great deal of work in understanding my truth of racism vs. THE truth about racism. I have to be honest. It hasn’t been pretty.

I’ve realized that saying things like, “I don’t see color” (popularized in the 90’s) and “Hey! I’m not racist!“, simply serve to pass the buck on assuming responsibility for taking appropriate action.

I’ve also realized that I have taken part in a good deal of spiritual bypassing when it came to the issue. I had a friend point out to me that it was necessary to pay attention to what was happening politically. I responded close to, “Oh, no thanks. I don’t watch the news. I want to focus on love and light only.”

Oh, that was a stupid thing to say. I was baffled when she came back to me and said, “YOU can turn off the news. I’m black every damn day.“

Those words stuck with me. And I kept hearing them over and over again from my black friends. “I’m black every day.” Meaning: I can’t escape this reality.

It really hit me. I can walk down the street and not be accosted for my sexual orientation because it’s not something I wear on my face. But if I was a black man walking through the park, minding my own business…I could lose my life. This self-awareness helped to make ending racism much more complex in my mind than I once thought it would have been.

I am heartbroken that there is so much systematic dysfunction in our nation, and in our world.

I believe that we all need to do everything we can to stop it. I believe that the way to start is by recognizing the parts of ourselves that are flawed.

This is something that isn’t easy to do. In fact, it can bring about some ugly feelings that are NOT pleasant. BUT…I want to offer some action items to help you on your own personal growth journey through all of this.

​How to make racism end…begin with yourself

First, I want to encourage you to simply sit with the discomfort of what is going on within you. This isn’t something that is going to be easy. This discomfort has medicine for you. Listen to it speak. Sit for 5-10 minutes. Have compassion for it. You can even do this while moving, cleaning, or driving. Whatever activity allows you to explore the feeling of discomfort while also feeling safe, do it. Allow yourself time. Take a week, a month…however long you need. Accept it. Allow it. Acknowledge it. It is there to help you. A shift is on its way.

Second, ask the discomfort what messages it has for you. Once you get to the point where you are able to accept, allow, and acknowledge the discomfort, write down any messages you received from the sensations in your body, as well as any “aha” moments you had. This may get uncomfortable. You may realize that you, too, have deep-down parts that you don’t like. Again, be compassionate with those parts of you. Denying them is part of the problem we have in our society.

Next, PLAY with the discomfort. It’s time to express how you feel. Time to get it out. Take out your paints, drawing things, clay, drums, music for dancing, journal, or any other medium you like to work with creatively. Take the message you received from your discomfort to inform your creative process. Again, take your time. If there are parts of you that you don’t like, just let them know, “Hey…thanks for doing whatever it is you’re attempting to do for me, but it’s not working.” Come back to Self energy.

For more on finding center in the midst of emotional chaos, check out these posts:

Staying Calm in the Middle of Chaos

In addition, I wanted to provide an incredibly comprehensive list of Anti-Racist resources. They can be found here: Scaffolded Anti-Racist Resources.

Ready to Re-Claim Your Sense of Calm and Certainty?

Take the first step toward feeling the support you need to make choices with certainty and a sense of security.

I’m eager to know what you create as you explore you truth with the emotional discomfort when it comes to ending racism. This is a powerful starting point for inspiring change. Know that nothing outside the self can change until the internal world shifts. Allow the seeds of change to be planted within you so that they can grow up and out, further beautifying the world. Please let me know what you create by emailing me at toni@toniandkim.com.

How to De-stress When Life Is Too Much - Free Download
Stress reduction roundup for when times get rough
The lesson I learned from getting injured on vacation
Previous Post: « Making the right decision when there simply isn’t one
Next Post: Find Your Passion Through Music with Frame Drumming » 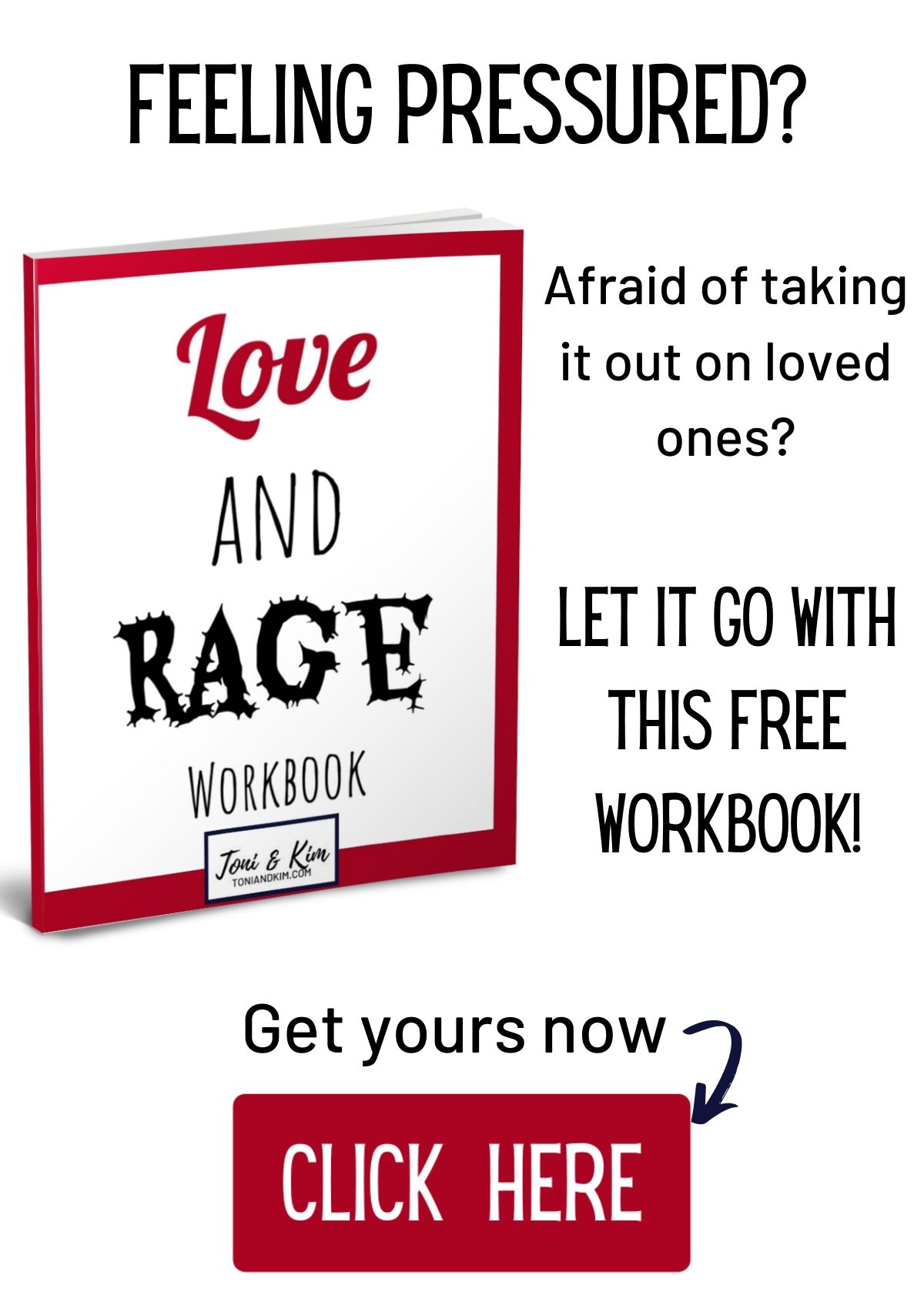